Home / About us / Helen Skelton

We are delighted to introduce our Eat Like A Champ Ambassador, Helen Skelton. Danone believe that having Helen on board endorsing the Eat Like A Champ campaign is the hook to inspire children to change behaviour and adopt healthier lifestyles, as she is a role model children admire.

Helen Skelton made her name as the dare devil Blue Peter presenter and has now established herself as a presenter across many genres.

In 2009 she became only the second woman ever to complete the Namibia Ultra Marathon – a gruelling 78 mile course through the Namibian desert, which she finished in under 24 hours. Two weeks later she was back in her running shoes, taking part in the London Marathon for Leonard Cheshire Disability.

In early 2010 she decided to push herself further by kayaking 2,010 miles down the Amazon in support of Sport Relief. Along the way she broke two Guinness World Records; the longest solo journey by kayak and the longest kayak by a woman in 24 hours.

Never one to rest on her laurels, for her Comic Relief challenge in 2011 Helen drew inspiration from "Man on Wire" and decided to train in the art of high-wire walking. A BBC1 special, Girl On Wire, followed her progress from her first tentative steps three feet off the ground, to her spectacular 150 meter long, 66 meter high walk between the towers of Battersea Power Station. The special led to Helen's first Best Presenter nomination at the 2011 Children's BAFTAs as well as earning its own nomination in the Best Factual category.

All of these remarkable achievements however were utterly eclipsed by her next challenge for Sport Relief. In January 2012 Helen travelled 500 miles across Antarctica to the South Pole by ski, kite and bike, enduring temperatures of -48 degrees. However even that wasn't enough to stop her breaking another world record by becoming the fastest person to travel 100km by kite ski. Her entire journey from day one of training through to completing her challenge was broadcast in a nine part series of Blue Peter Specials on BBC1, for which she received her second Best Presenter Children's BAFTA nomination in 2012.

Helen can currently been seen on Countryfile and Holiday Hit Squad, and is the regular face of the Conference League and Women’s Football on BT Sport. 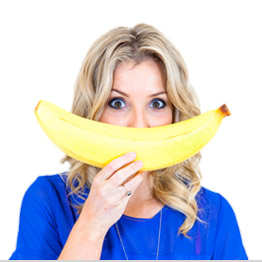